Tonight, I’m waiting for my flight from JFK to WAW to board. To say the least, putting this itinerary together, even though it’s for a work-related purpose, has been hard work in and of itself, because of a few setbacks and changes. But now, I’m ready as ever to get on the flight and get to my destination.

To understand my love for Warsaw, is to understand my story, my motivations and my drive. One of my biggest frustrations growing up in the United States as a Polish girl was how badly Poland was depicted in history books–basically, next to none unless the conversation was about World War II and the Holocaust. I recall being told by a kid I met through an organization that sends students abroad that they’d “never ever go to Poland because it’s a sad place.”

And while it is true that there are some sad places in Poland, there’s so much more to this country than that. There’s such a quiet, and innate beauty in its cities, and countries, and you get this feel of a place in transition between the past and its future.

To be honest, up until fairly recently, Warsaw was on the bottom of my list of “favorite places in Poland to visit.” I only wanted to go to Krakow, and nowhere else. 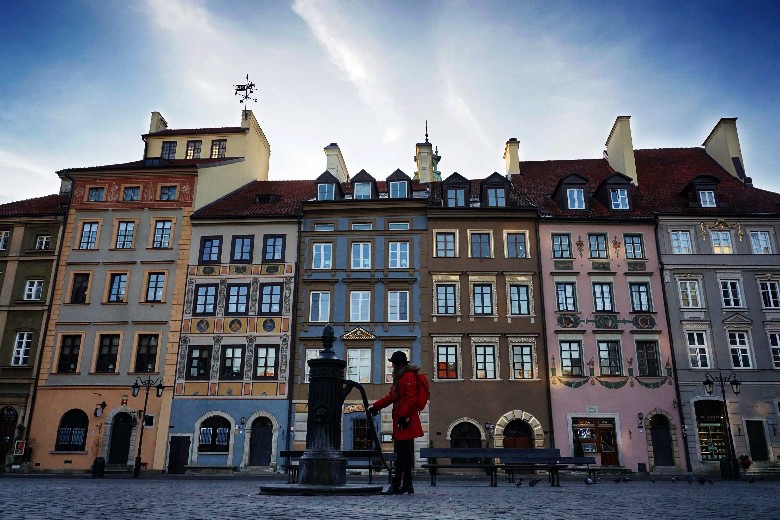 I found it boring, unoriginal and bland. I didn’t have friends or didn’t know people my age with whom I could meet around the city. It was the exact opposite, in my opinion, than Krakow, where I had friends and knew people my age, who would show me around.

In 2012, I volunteered to translate during the UEFA Euro Cup (football championships) that was held in Poland and Ukraine. After dealing with a particularly obnoxious teacher in the training sessions (who seemed super jealous of how much I have travelled), I spent a lot of time with coworkers around the city. The volunteer program gave me a free pass to travel on the public transportation for a whole month, which I took advantage of, and began to explore as much as I could.

I fell in love with the city the more I came to know it. And I began to feel more comfortable there. So this time around I’m going for work purposes, and do expect more posts about cool places to see and visit while there.

Welp, my turn to board now, so I’m going to run to the gate. Before I go one thing–if you’re in Warsaw now, check out my post on We Are Travel Girls about things you should do while you’re there.

1 thought on “Warsaw, you have my heart.”