Happy Easter! It certainly is easy to fall into the trap of thinking it’s spring already, but lately the weather here in the NYC area has been one huge question mark.

That still didn’t stop me from heading out to New York for a day. For years I’ve been hearing about cherry blossoms, with conflicting information about which ones are the best ones to see: Japan, Washington D.C., South Korea, and the list goes on.

My significant other and I decided to spend the night in New York City, and he wasn’t really feeling well the next day. Nevertheless, we got up, and went around the city.  It turned out to be a beautiful, but humid day–something to be expected after it had rained all night and sometime into the morning.

We had made the decision to check out cherry blossoms some time ago, since neither of us had up to this point been to see cherry blossoms. Researched yielded some articles that didn’t clearly note the location of these cherry blossoms in Central Park, only mentioning that they can be found between 72nd and 96th Streets, and that we can see two types of cherry tree–white and pink.

When we arrived to Central Park, we made the decision to enter the park on 5th Avenue and 60th Street. Our destination was Cherry Hill (fitting name, isn’t it?) in Central Park.  To get there from 60th, you have to walk past Sheep Meadow (Were there ever really sheep there?), the volleyball court, and skater road. Seems easy and straightforward, right? Yes, except that Central Park’s walkways curve and fork, so you have to know which ones to take and when. Otherwise, you can wander around the whole day. Good thing for google maps, because it helped us get back on the path whenever we veered off.

Because it was such a beautiful day, the park was filling up with people. You had performers–we found a saxophonist, a guitarist, and a pianist within a five minute walk of each other. There were runners, tourists, and locals–people of all walks of life showed up.  You would think that because Central Park is so huge, you could fit a lot of people in it, and it would feel spacious, but the reality is that between 60th and 86th streets, it’s always busy.  Once you hit 86th and head around the Jackie Onassis Kennedy Reservoir, it becomes quieter. Besides, the area below 86th Street is more popular because it has more to do and see, so naturally, it does get crowded. Not my type of thing, to be honest. 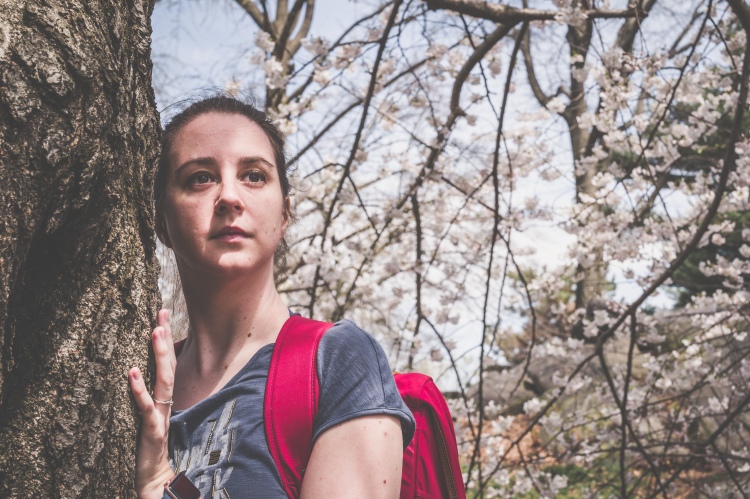 Along our route, we found some cherry trees, and took some pictures with them. There were a few passerbys who took pictures of or with the trees, but then moved on. It was surprisingly quiet, and I began to wonder if there was something wrong with the picture as I assumed that many people would want to see the cherry blossoms. 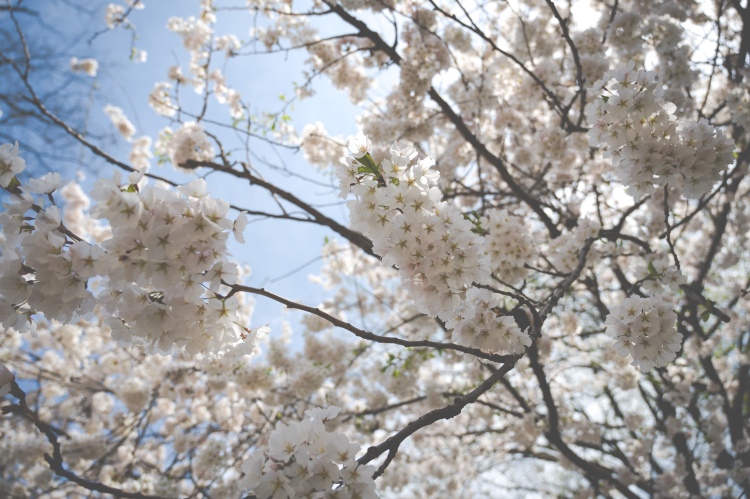 We arrived at Cherry Hill, and found it filled with people–tourists and locals alike. You had the horse and bike buggies giving tours. Of course, as expected and advertised, there were a few cherry trees in the area.  One in particular was already taken by a large group of people having a picnic. Another tree was being utilized by a photographer hired by a family to take pictures of them. The others were being hoarded by tourists for photos.  What made the experience more bizarre–aside from the fact that it was somewhat loud thanks to everyone talking–was that there was a drunk guy hooting like an actual owl. 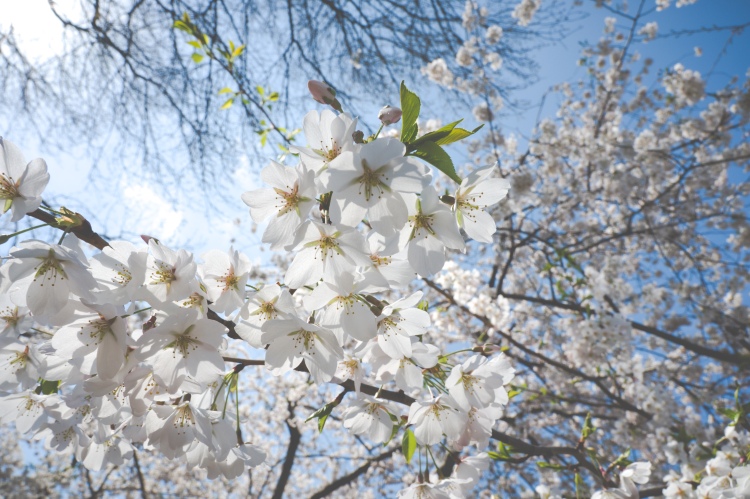 Additionally, I had been hoping to see the pink cherry blossoms, because up until that point, we had only encountered the white blossoms. Alas, out of the whole set up of 5 trees, only one was really somewhat pink, which made me sad as I had really wanted to get some photos with those trees.  Later on, I found out that Central Park’s website states that there are two types of trees: Yoshino Cherry Trees, and Kwanzan Cherry Trees. Yoshino tend to be white-ish pink and bloom earlier in the spring, while the Kwanzan type tend to bloom in May and are pinkish in color. 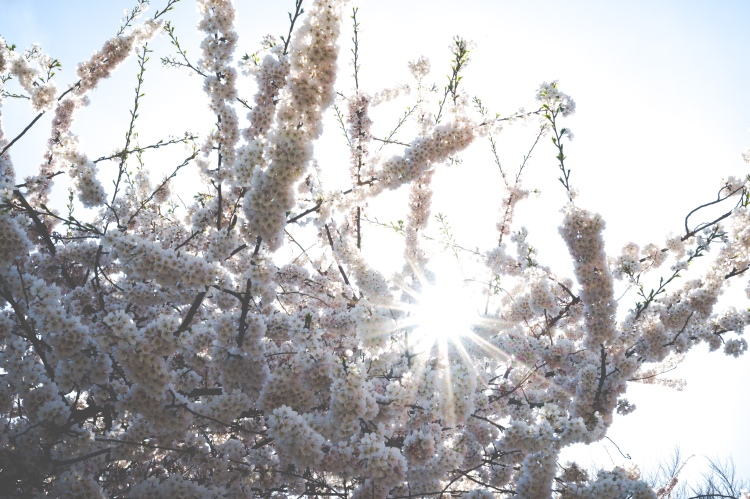 Overall, I don’t think that it was a bad experience, but something tells me that I would have a way better experience elsewhere, or at a different time of day.  It’s worth going to Central Park just to check out the cherry blossoms, but if you’re looking for the type of setup where there’s a row of cherry trees that you can take pictures at, this isn’t it. I do wish that we had taken the time to go around the side of the pond, which Cherry Hill overlooks, because there were supposedly more cherry trees there, and perhaps that is what I was looking for. But I would go back. And I definitely want to see these cherry trees in Japan. 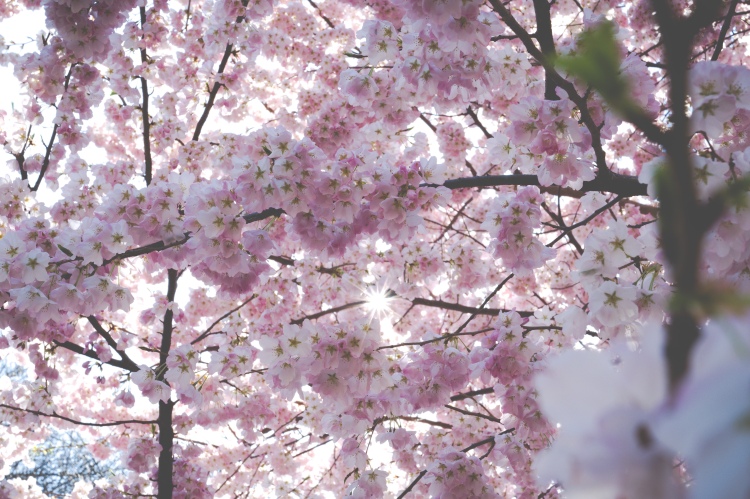