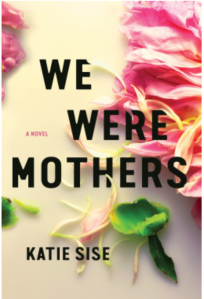 What it’s about: In the little town of Ravendale, New York, live four women–Cora, Sarah, Jade, and Laurel.  Cora, Sarah, and Jade are connected through the sister, daughter, friend that they lost to a tragic car accident six years prior, on Cora’s engagement day.  Laurel, who suffers an abusive relationship, is a friend and neighbor to Cora. Laurel’s twenty-one year old daughter, Mira, tells Cora that she is dating a much older man. Soon after, Cora finds a journal on her bed that clearly belongs to Mira, in which she wrote about her first night with Cora’s husband, Sam.  This sets off a chain event in the book, where Mira disappears, and the mystery surrounding Maggie’s death unravels revealing that sometimes those who are closest to us are not who they seem.

My Verdict: Well written, and the characters seem to be well developed. The book feeds you pieces of the story and the characters, so you learn more about them as you go.  At times, this is a bit annoying because just where the character is thinking about something or is on the cusp of revealing something, the book changes the perspective to one of the other mothers. There were some twists that I didn’t see coming–specifically relating to Mira and her sister.  The major mystery, which is that of Maggie’s death, is so easy to spot.  As soon as I read that part, and really listened to how some of the characters acted, it really became clear what had happened the fateful night that Maggie had died. As such, the book was not as suspenseful as it could have been, but I guess there’s only so many times that you can make a suspense out of car accidents.

If you enjoy suspense, this is an okay read. This is no “The Girl With the Dragon Tattoo” suspense. (And by the way, I take issue with the translation of the title of that books written by Stieg Larsson).